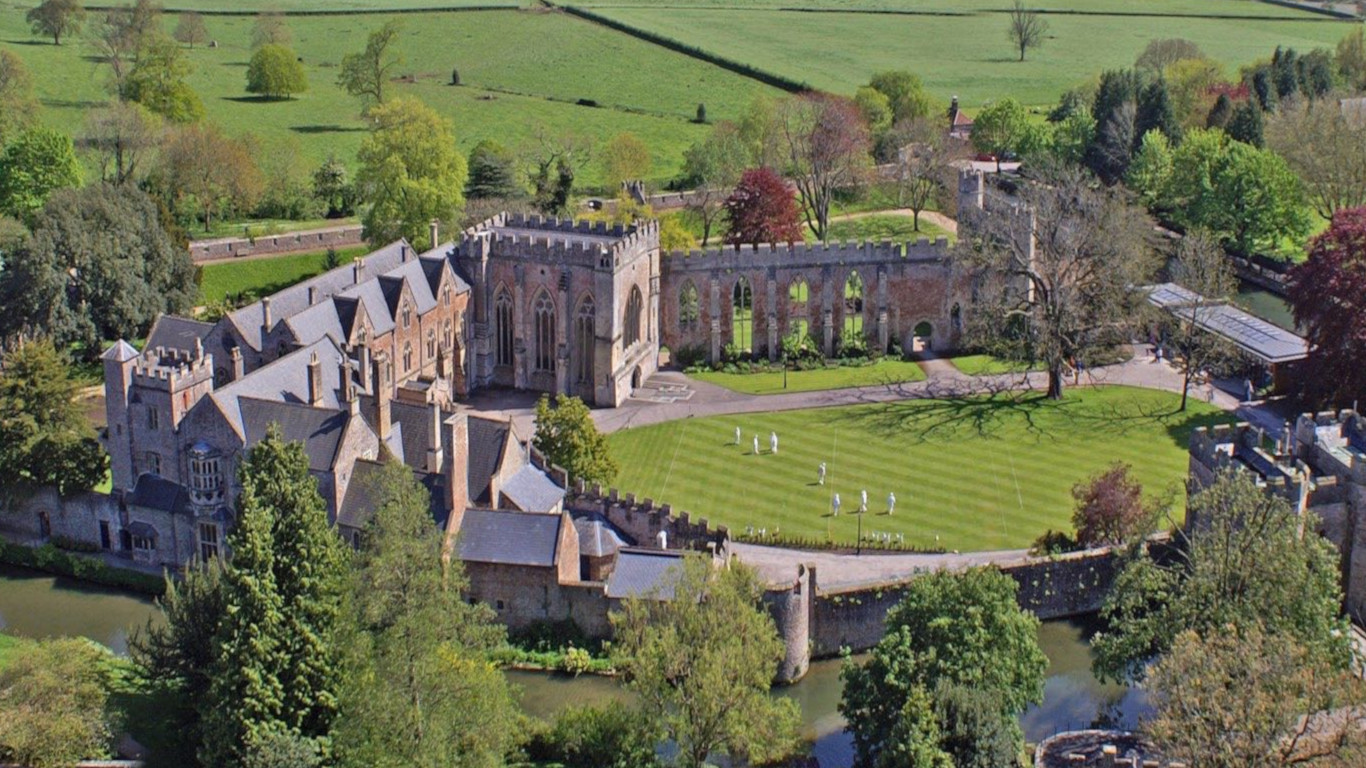 The Bishop’s Palace has an unusual attraction too; the swans of it’s moat. They were and still are trained to ring a bell hanging from the gatehouse at feeding time. Food would be and still is, thrown to them.

Once the home of the Vicars Choral, the Vicars’ Close is said to be the oldest planned street in Europe.

The behavior of the said vicars was often scandalous with womanizing, fighting and stealing.

Bishop Ralph of Shrewsbury formed the vicars into a college and built the Vicars’ Close to house them keeping temptation well away.

At the bottom of the close is a stairway which took the Vicars directly to their hall giving them further protection. It is linked to the Cathedral by a covered bridge.