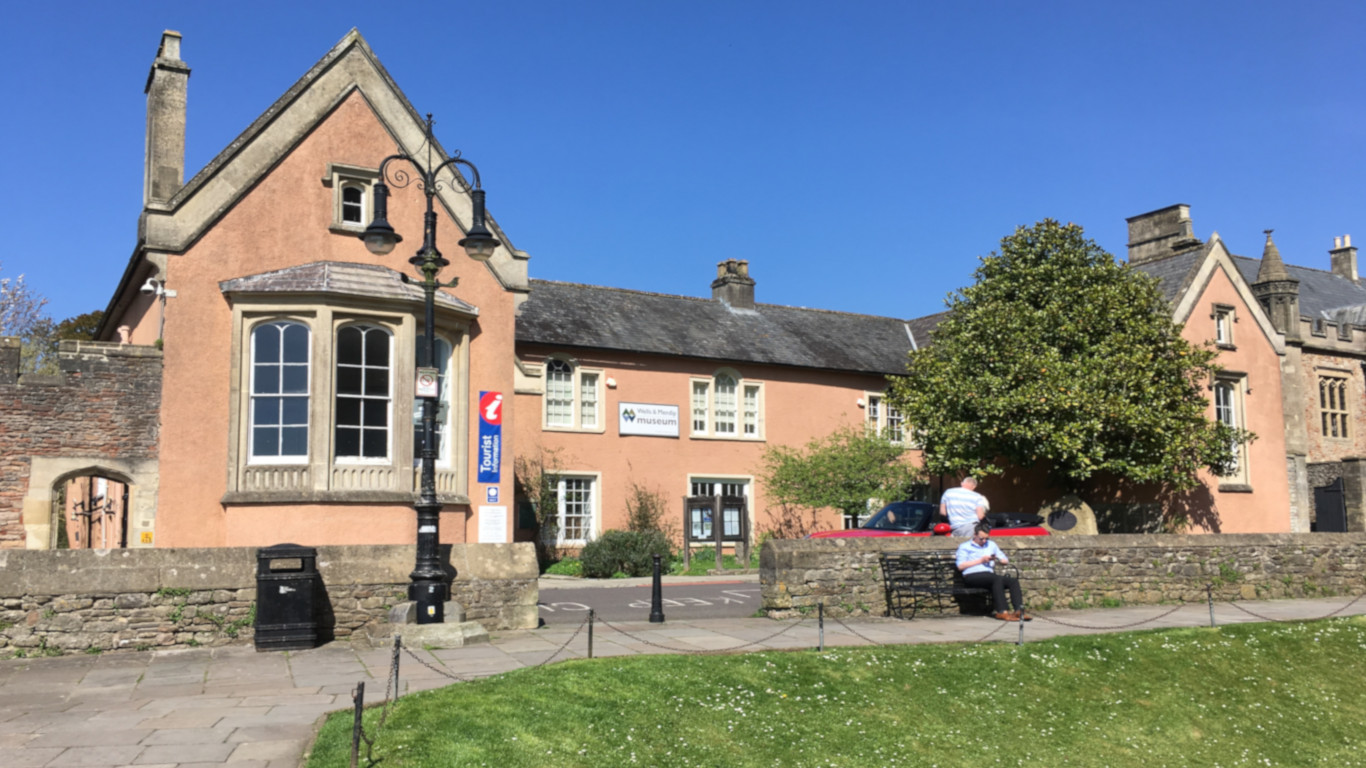 Across St. Andrew’s Street from the Cathedral is the Wells Museum. It began in a small room above the Cathedral’s west cloister before moving to it’s present home in 1932. It displays the past and present life of the City of Wells and the Mendip area.

Nearby, the Liberty, once named the Liberty of Saint Andrew as it and its surroundings once formed a separate jurisdiction. The area eventually became the exclusive property of the dean and chapter. It is now part of the Cathedral school.